Firefighter recruits pass out in style 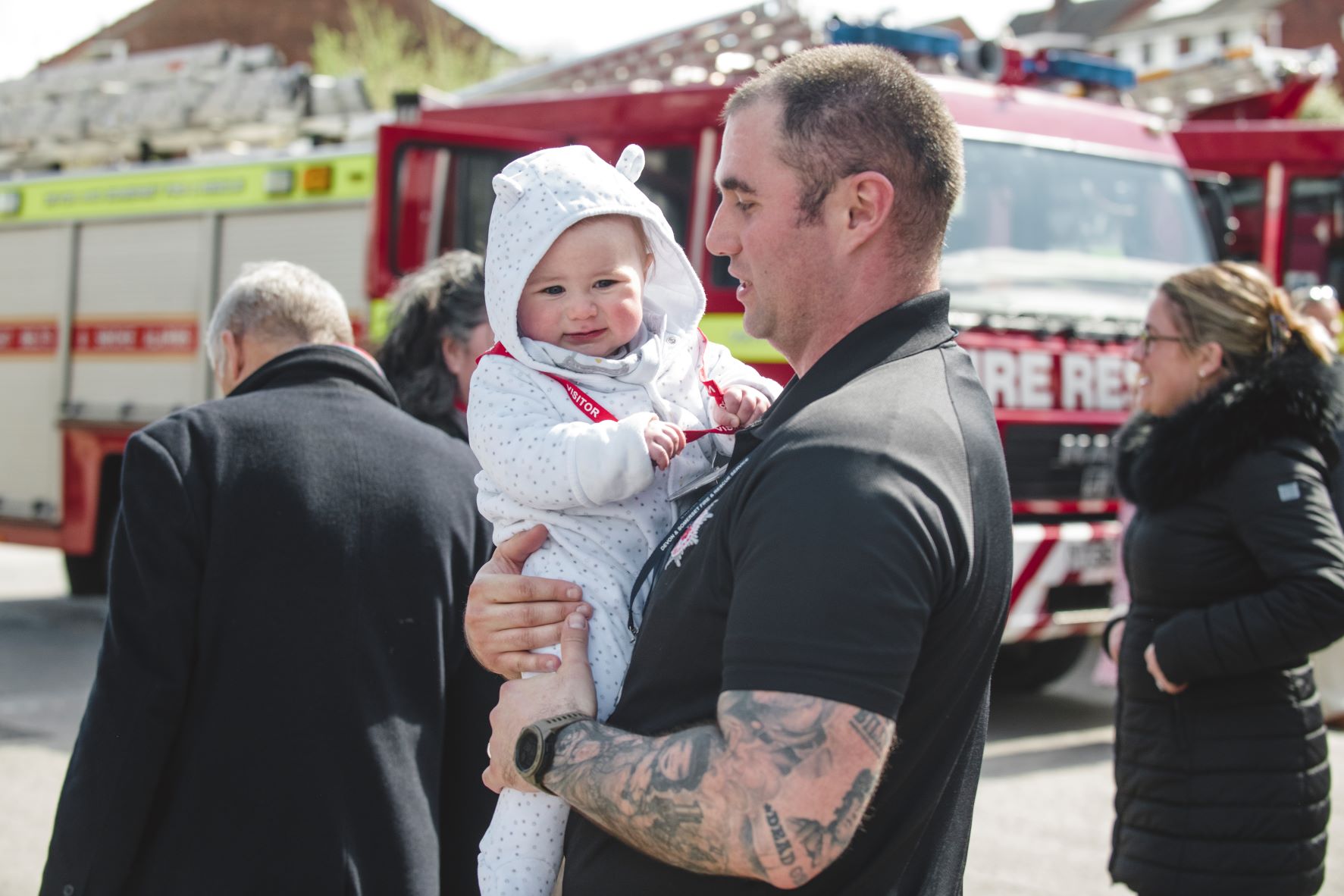 Recruit with his family at the pass out parade

The Service’s second successive 12-week wholetime recruit course has drawn to an end.

The 21 recruits had their passing out parade on 31 March. The parade is a long-standing fire service tradition and allowed the successful recruits the opportunity to showcase a small selection of their new skills.

In front of friends, family and dignitaries, the 21 recruits demonstrated their skills in three small scenarios: a car fire showing a variety of firefighting and rescue techniques; a water rescue incident involving a car in floodwater demonstrating a tethered wade rescue and a road traffic collision utilising specialist rescue equipment used at road traffic collisions. After this the recruits came together to conclude the practical demonstrations with a large combination drill finale.

Following the demonstrations, the recruits were presented with their completion certificates and awards.
The most improved firefighter certificate was awarded to Danielle Close. This award considers the hard work and dedication a recruit displays to become a better firefighter. Ultimately, this person in the eyes of the instructors went through the biggest journey to develop into an extremely competent firefighter.

Lianne Hamilton received the recruits’ recruit trophy. This award is presented to the recruit who in the opinion of their fellow course members has made the greatest overall impact and contribution during the 12 weeks of training. To be acknowledged among your peers for who they are and what they contribute to overall, is something to be extremely proud of.

The final day of the course was Friday 1 April and following this the 21 recruits joined their new watches and stations across the Service to start the next stage of their training and development.

Our new firefighters, the recruit team and all our supporting departments have put a lot of time, effort, and dedication into the intense training course. It is a brilliant accomplishment to become a firefighter at this Service. Our new recruits demonstrated over the 12 weeks that they are up for the challenge, they can meet expectations, and they will be proud, fantastic assets to this organisation.

The role of a firefighter